The newest, oldest Banksy every discovered? You’re not going to believe this….

Has Where The Wall discovered new Banksy art in Bristol?

In what could be one of the most significant new Banksy artworks in Bristol for many years, one of Banksy’s most important and iconic images has been found in the most unexpected of circumstances.
Over the bank holiday weekend, August 2019, John Nation was walking his usual route to the starting point for The Bristol Street Art tour when he came across some roadworks with a temporary traffic lights system.
As he waited to cross the road, and, as ever, with the eyes of someone who’s been unearthing new art for decades, he noticed a very familiar image. 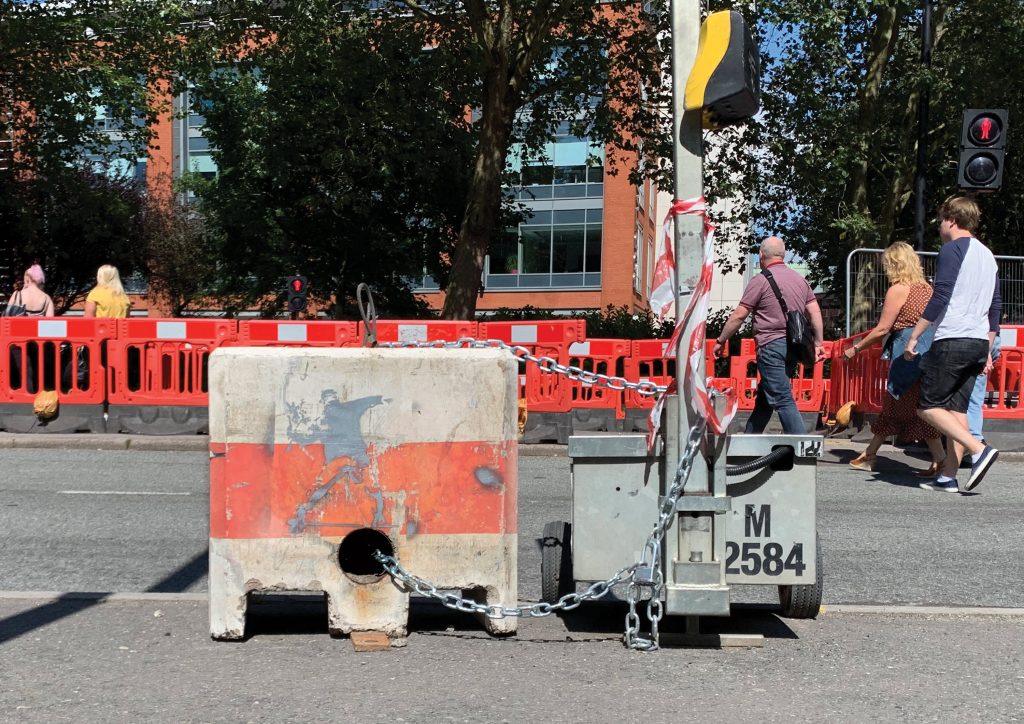 We think it was sprayed by Banksy between 15 and 20 years ago.
It appears that the Banksy artwork has been perfectly preserved on a concrete block, which is owned by Bristol City Council. So Bristol City Council has unintentionally, safely stored and preserved an original Banksy artwork for over 15 years!
Where The Wall is now arranging temporary, safe storage of the block, and immediate discussions with the council, in order to arrange for it to be viewable as soon as possible to everyone.

The painting is of Banksy’s Peaceful Protester or Flower Thrower as it’s sometimes called. An image which has been adopted by the Palestinian people as their unofficial emblem reflecting their cause and struggle since 1948.